Cheyenne was born in 1867 when the Union Pacific passed through Wyoming with the transcontinental railroad. Growing rapidly, the territorial government made Cheyenne the territory seat in 1869. When Cheyenne became the territory seat, it also went down in history because part of it’s territorial charter was an act that granted women the right to vote, thus Wyoming was the first place in the USA where women were legally allowed to vote.

When Wyoming was created as a territory there was a lot of discussion to name the territory after recently assassinated President Lincoln. The Senate committee however decided with the exception of Washington, no state should be named after a person (so what happened to Georgia, New York, North and South Carolina?). It was decided the territory should take a nod to it’s native roots and Wyoming comes from the Lenape language meaning “large plains”. The buffalo on the flag symbolizes the meaning behind the name. 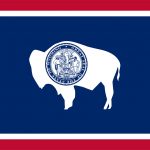 If you look closely to the Wyoming State flag you can read the words “Equal Rights”, a nod to woman’s suffrage. 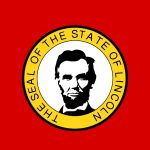 The Proposed Flag of the State of Lincoln

Today the capitol remains a grand building representing the explorer and cattleman spirit that helped found the state. Wyoming has a lot of space but still remains the least populated state with only 586,000 total citizens. 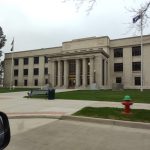 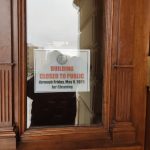 It was good thing we visited on May 11th. 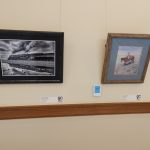 Artwork in the Wyoming Annex. 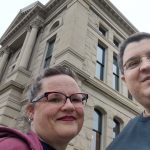 Selfie in front of the State Capitol. 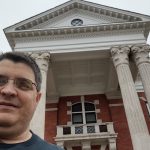 The Wyoming Governor’s mansion reminds me of the clock tower in Back to the Future. 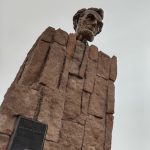 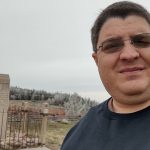 The Lincoln Highway runs through Wyoming and was the first highway to cross the entire United States.